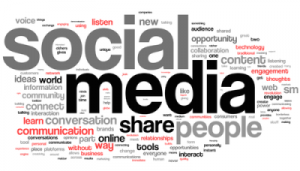 There comes a point in business when you have to keep up with your industry trends and if you are in the social industry, something changes (almost daily), develops and becomes a new practice. It is an ever-evolving medium that I don’t think is going anywhere, anytime soon. So let’s get social and talk about some cool facts for social media in 2013.

Jeff Bullas prefaces with, social media was viewed as something that teenagers did. They would rush to their rooms after school and log on to MySpace (remember that???). Then came Facebook, Twitter, Instagram and so on….People’s minds were blown at the thought of writing something in 140 characters or less. What do I say? Do I tell them what I ate for lunch?